Urban legends involving ghost trains have been reported from around the world since the early days of locomotives.  The Silver Arrow, later to be known as Silver Pin, is a story that dates back to the the mid 1960s behind the backdrop of Stockholm, Sweden.

The legend begins when an experimental aluminum model C5 train was built.  1 out of the 8 prototypes was left unfinished.  The car was left unpainted and had other differences that separated it from its peers.  It was missing an air suspension, it had a whining distinctive motor sound, and it had outlying sliding doors.  It was stated the sliding doors were an idea that would allow more room on the inside of the train for passengers.  Another difference between the cars was that the interior panels were installed on the other cars that supported beautiful advertisements on the walls that brought a little color into a commuter’s mundane life.  The interior atmosphere of the The Silver Pin was described to be an urban ghetto landscape littered with graffiti and a metaphorical imagery of the daily grind mentality from the working class perspective.  The odd “red headed step child” train was only put into commission to be used as a backup car in the Stockholm metro system. 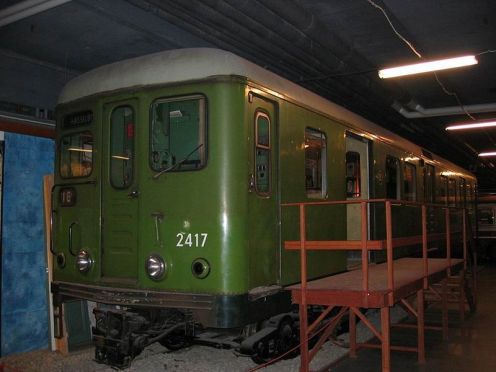 The stories of the ghost train vary from each other.  One claims that the The Silver Arrow or Silver Pin is believed  to be a train that is only for the dead.  Another legend states that If one were to step into the train and sit down they would disappear forever or would finally get off the train weeks, months, or even years later.  Reports from subway tunnel workers and commuters claim to have seen Silver Pin moving down the rails filled with commuters with emotionless stares gravitating to the front of the car.

The reputation of the train, while being in use, would probably have something to due with the infamous reputation that it later ended up earning.  Being only used as a backup would explain why common everyday commuters would rarely see the unique car.  The Silver Pin also developed the reputation of not being very reliable.  Due to it being the back up train I’m willing to bet the schedule of arrivals at the various stations would be affected.  Out of frustration, the people relying on the metro system waiting to be picked up could’ve had a part in creating the references of the legend.  I know from personal experience, while having to be dependent on public transportation from my younger days as a teenager, I had made statements such as “I  will probably be dead by the time this damn bus arrives.”  Of course I’m paraphrasing from the original comments that I made that were filled with all kinds of colorful language and euphemisms.

Investigations into the unknown and weird. (2013, October 9). Retrieved September 18, 2016, from https://silentthrill.wordpress.com/tag/silverpilen/

With Halloween coming around the corner and little kids coming to the doors of strangers asking for candy, beware of the Black Eyed Kids.  If the images of movies such as “The Children of the Corn”, “The Omen”, “The Village of the Damned”, or those creepy little twin girls from the “Shining” haven’t terrified you of the little ones, this post might do it.

While reading over many encounters of these mysterious children from paranormal/UFO sites, I had the natural jerk reaction from time to time to look over my shoulders to make sure there was nothing behind me.  I also have a habit of leaving my front door open with the security door closed and locked to let the cool air breeze flow through my house during the evenings.  After reading the first few of these accounts of the black-eyed kids I couldn’t fight the urge to close my front door in fear of walking to my kitchen and seeing two silhouettes of small children peering into my house demanding me to let them in.

The sources that I have uncovered from surfing the internet vary about who these mysterious beings are or what their true agenda serves.  However the descriptions of the out of this world kiddos tend to match with each other.  They have pale or olive-like skin.  Their clothes usually tend to be modern of the time periods of the encounters, however the color of the clothes tend to clash or they were all black.  Their eye sockets are commonly described to be empty or missing human eyeballs and are nothing more than black voids.  The most common theme of these encounters state that the B.E.K.s have to be invited into your house or your car.  These kids do not act like normal kids.  They are not shy.  They will try to play on sympathy or resort to intimidation.  Some sources claim that these children are somehow tied or even related to M.I.B. (Men In Black).  Other sources are stating that they are hybrids of vampires and werewolves and are used to lure unsuspecting prey to the lairs of their masters or possibly vengeful spirits. 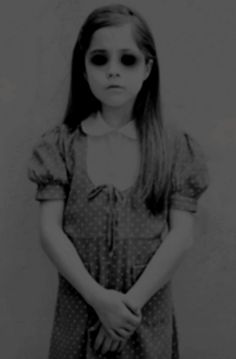 Personally I wouldn’t be surprised if many claims tend to be fictitious stories that have spread like wildfire on the internet that have good entertainment value to allow bloggers, including myself, to make a living.  However there are a lot of these stories and some can be traced back to Ancient China, so the possibility of these other worldly children trying to gain entry into your humble abode could have some truths.  I’m not going to rehash all of these supposedly true encounters because it would distort other’s perception of their reality.  But, if you are interested and brave enough, check out my references and dig deeper if you dare.  If you decide to be skeptical that is normal, however, if you are visited by these creepy little kids and they try to pull the sympathy card or intimidate you, Do Not Let Them In!

Harold, J. (2015, October 27). The Lore Of The Black Eyed Children – Can We Come In? Retrieved September 04, 2016, from http://jimharold.com/can-we-come-in-the-lore-of-the-black-eyed-children-ryan-spragues-hidden-auditorium/

Donations are greatly appreciated! Thank you for your support.

Follow The Weird & The Odd Bumpersticker Bumper Sticker
by The_Weird_and_Odd

The Weird & The Odd Button
by The_Weird_and_Odd

The Weird & The Odd Coffee Mug
by The_Weird_and_Odd

The Weird & The Odd T-shirt
by The_Weird_and_Odd

Needing stock media for a project, check out Pond5!